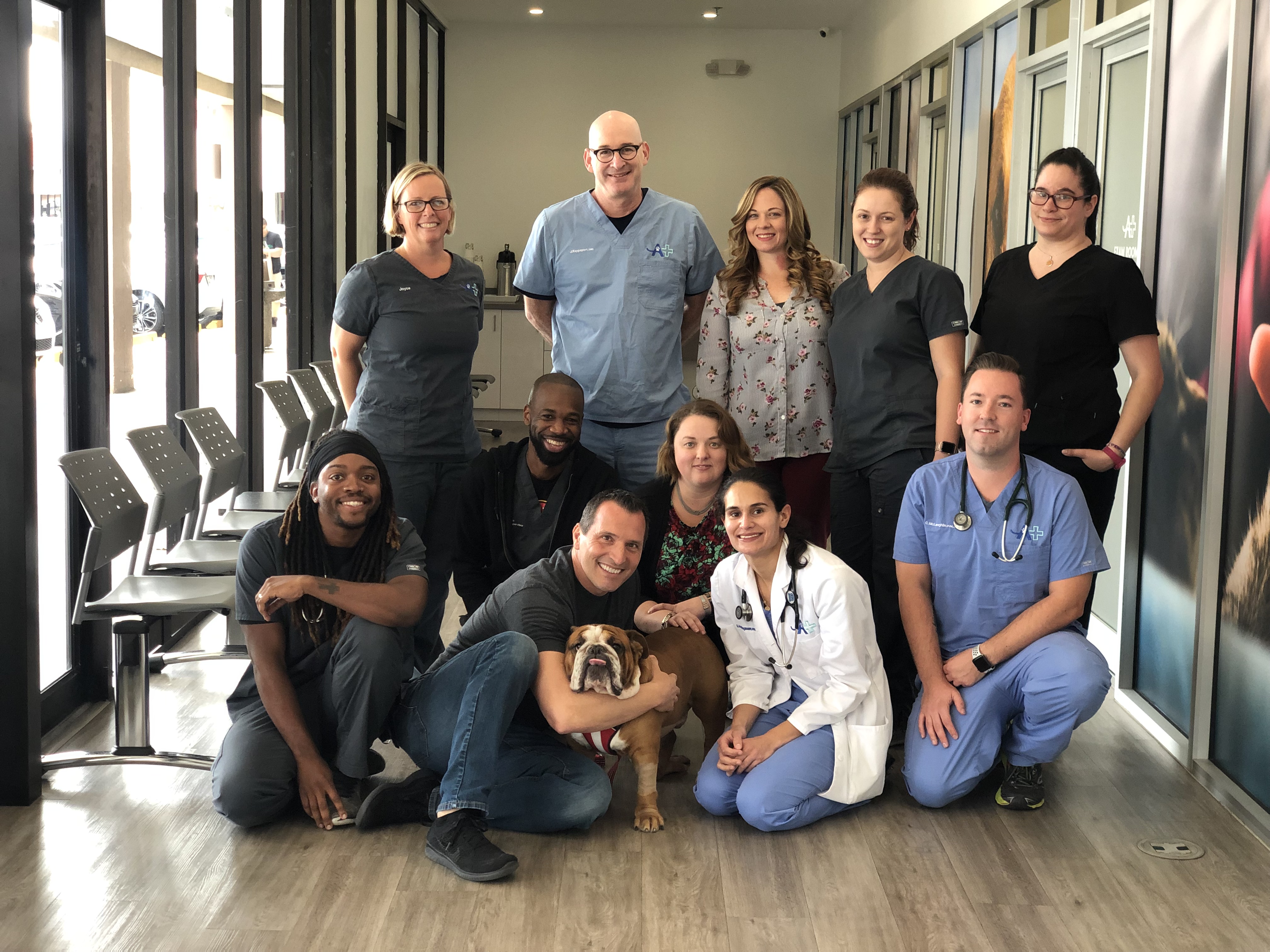 “If he was in any number of other hospitals, he wouldn’t have the same outcome,” exclaims Steve Romaniello of Ft. Lauderdale. Steve is referring to the level of care he received for his 4-year-old bulldog Riley at Advanced Veterinary Care Center in Davie. After a critical respiratory crisis, Riley needed to be put on a mechanical ventilator at AVCC, one of just a few available in South Florida. “We didn’t know if he would make it through the night. There was about a 30% chance he would live,” adds Steve. “Thankfully AVCC is equipped with the most advanced veterinary technology and they gave him the best chance to live,” adds Steve.

How It All Started

Riley’s health scare started just a few days earlier, when Steve noticed a change in potty habits. “Riley was having trouble peeing,” says Steve. It was then discovered that Riley had both bladder and urethral stones and he was referred to Advanced Veterinary Care Center for specialized care. Upon examination at AVCC, it was noted that Riley was also breathing very heavy and loud. He was diagnosed with Brachycephalic Airway Syndrome. In addition to surgery to remove the stones, Riley also underwent upper airway surgery.

Riley did great under anesthesia and woke up without any issues. But, later in the evening, he went into respiratory distress, having developed pneumonia and was not passing air. The best chance of helping him pull through was to place him on the mechanical ventilator, under the care of Dr. Chris McLaughlin, AVCC’s board certified Director of Emergency and Critical Care. This advanced technology allows AVCC’s doctors and nurses to care for severe, complex respiratory cases that would not survive without aggressive intervention and support. Patients with severe congestive heart failure, pneumonia, neurological conditions compromising ventilation and any other severe respiratory disease may be candidates for mechanical ventilation. “We weren’t sure if Riley would survive through the night,” says Steve. “Then, he made an amazing turnaround and responded so well to the ventilator,” he added. Riley was on the ventilator less than 24 hours before he was able to be moved from the ventilator and put into an oxygen chamber. Eventually, he was able to wean from the oxygen chamber and thrive on his own.