Yankee Doodle Makes A Dandy Recovery at AVCC in Davie 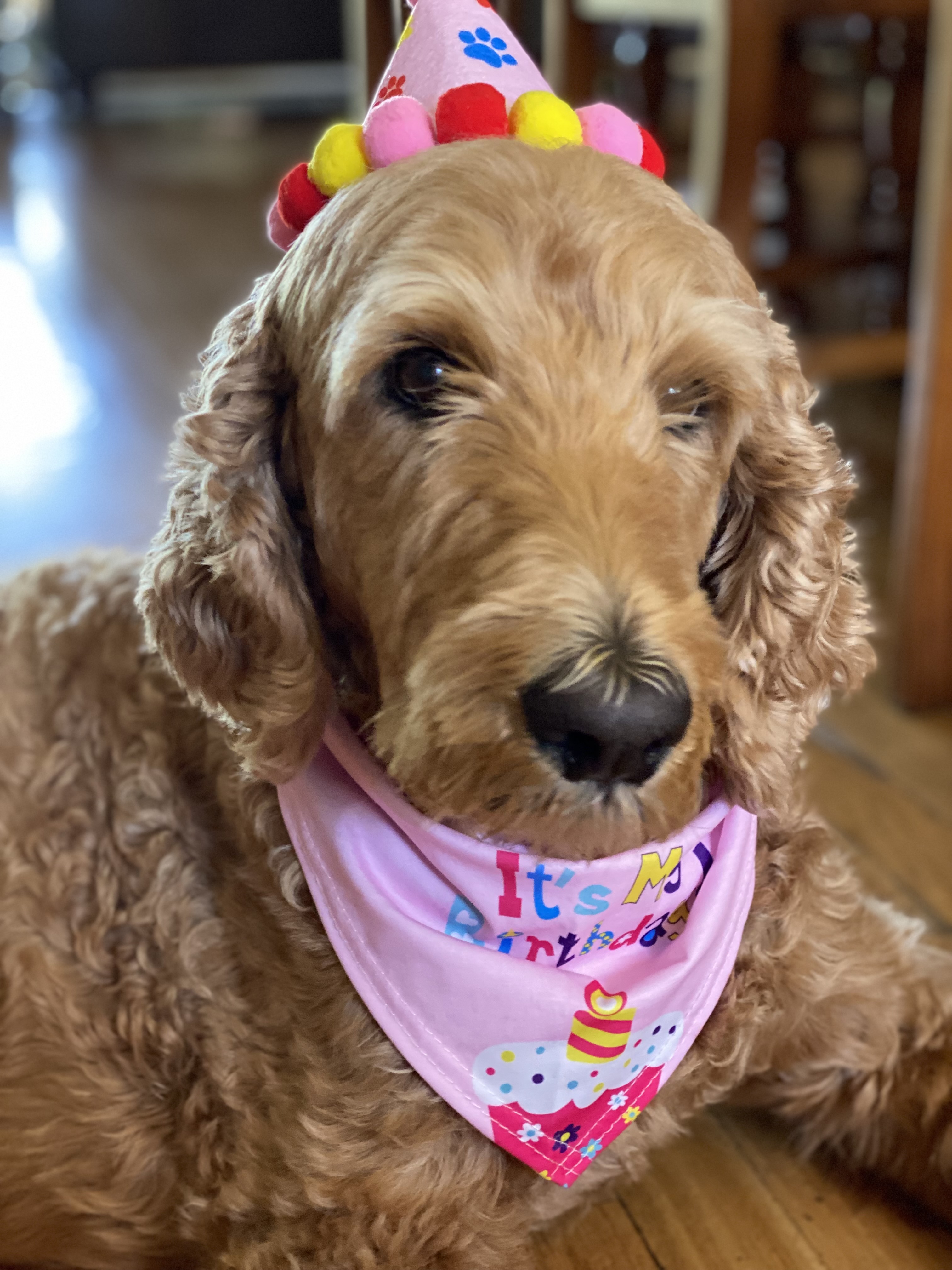 “It’s a miracle she’s alive,” recalls Belinda Murray of her dog Yankee Doodle (or “Doodle” for short). The sweet Labradoodle had a loss of appetite and more, a few days leading up to what would become her first life or death battle. “She was lethargic,” adds William Murray. “We observed her for a few days, but after the third day she stopped eating altogether. We took her to our local veterinarian and she was diagnosed with IMHA.”

Immune Mediated Hemolytic Anemia (IMHA) is a serious, sometimes life-threatening disease in which the body targets and then destroys its own red blood cells, resulting in an anemia (low red blood cell count). About a week after diagnosis, Doodle’s blood cell count became critical. “One of my neighbors is a veterinarian,” says Belinda. She told me that Advanced Veterinary Care Center has the best people. Anyone that I have talked to, that has had interactions with Dr. Rappaport and AVCC, it’s always been positive.”

“We got to Advanced Veterinary Care Center in Davie and she got a blood transfusion that day,” says William. “But, the prognosis was not looking good. Her blood count would go up, but kept falling at night,” he adds.

Doodle bounced back from her low red blood cell count. But, weeks later, another unexpected emergency arose. “Something was off,” adds William. “We kept saying she looks weak. Then, I actually saw her fall and start limping.   Meantime, our local veterinarian would check Doodle’s blood count weekly. But, one day, I got a call to hurry and pick her up from my vet during her blood count check, because she was in critical condition.“

“We rushed her to AVCC and she was not good at all,” adds William. “She was breathing heavy and within 5 minutes the doctor explained to me what happened. She said Doodle had an infection. Her leg had a scratch. We think it happened when she chased an iguana. An ultrasound revealed pus and she was septic throughout her entire body.” Doodle needed to be stabilized and surgery was necessary to remove the pus. “The surgeon, Dr. Barry Brower was incredible,” says William excitedly.

The next day, however, Doodle starting getting blood clots to her lungs. Secondary to all the inflammation in her body, she became hypercoagulable (prone to blood clot formation). The list of Doodle’s ailments was growing. “She was in the ICU for about 7 to 9 days,” says William. “It was touch and go.   She needed another transfusion. We were wondering if she was in pain and if we needed to put her down.”

“But, they saved her again that night,” adds William with amazement. “Dr. Macho has been awesome too. There was a list of doctors, nurses and everyone was amazing. I’ve met several people who have taken their dogs to AVCC. They have the most amazing doctors, facility and they are caring and understanding.”

How Doodle is Doing Today

”By the weekend Doodle started getting better and better,” says William happily. “Today, she’s running around playing and eating like crazy. She looks like a perfectly healthy dog! Doodle is the mayor of our neighborhood. She is extremely well behaved. She is patient and gets along with every dog. Everyone loves her.”

“We are forever grateful for what they did at AVCC.   I’m 100 percent convinced if we went anywhere else Doodle wouldn’t be with us today!”