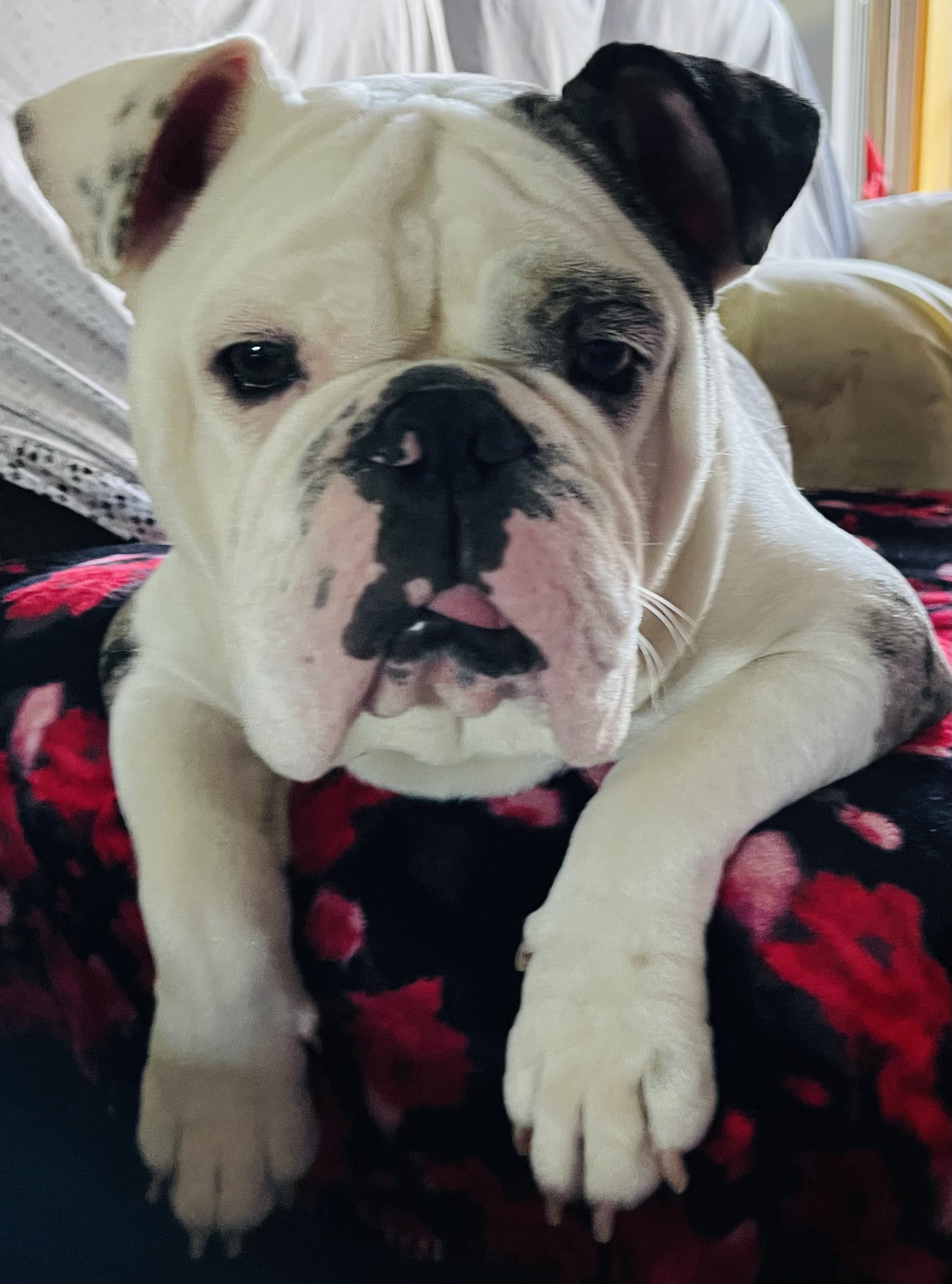 “If I had waited even five more minutes to get Ricky to the hospital, he would have died,” recalls Nadia Abiroud, of her 10-month-old puppy.   Nadia noticed something was very wrong, after she peeked in on the little English Bulldog, using her home cameras while at work.  She saw that Ricky was not breathing well and he was vomiting everywhere. 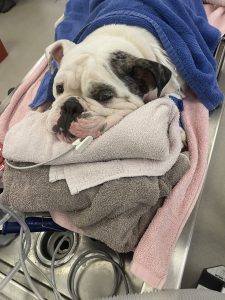 Nadia rushed home and took her sweet boy to her family veterinarian who told her to go right away to Advanced Veterinary Care Center in Davie (Broward County). Upon arrival, Ricky struggled to breathe and was rushed to the intensive care unit for stabilization. AVCC Co-Medical Director, Dr. Jon Rappaport examined him and immediately intubated him so that Ricky could breathe.  Ricky had severe swelling of his larynx, a blue tongue and elongated soft palate (which was blocking the airway).

His severe laryngeal swelling was the result of his Brachycephalic Obstructive Airway Syndrome (BOAS). Short nosed dogs like Ricky (a.k.a. brachycephalic breeds) are predisposed to upper airway obstruction from their anatomical abnormalities. The most common abnormalities are an elongated soft palate, narrow nostrils and a narrow trachea. Once Ricky was stable, he underwent BOAS surgery with AVCC’s Board Certified Director of Surgery, Dr. Shiara Arulpragasam. Due to the severe swelling, a temporary tracheostomy tube was also placed to make it easier for Ricky to breathe while the swelling in the back of his throat resolved.

“Ricky was in the hospital for five days,” says Nadia.  “They were all in love with him. Dr. A would call me every single day with an update on Ricky.  I would also call in the middle of the night at 2am or 6am and someone would always give me updates and send me pictures.  Afterwards, Dr. A was very detailed on what we needed to do next.  And, Dr. Rappaport was very clear with us and honest.  He was absolutely helpful and went above and beyond!  I trust them with my dog.  They will do everything they can to save a pets’ life.” 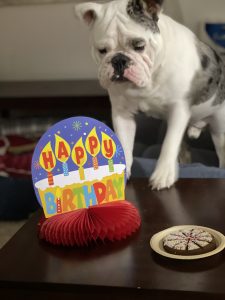 Recently, Ricky celebrated his 1st birthday and is,  “absolutely healthy,” adds Nadia.  “He is barking and playing. It was a very hard week, seeing my little doggie that way.  But we did everything in our power.  AVCC took 100% great care and everyone worked as a team. They are absolutely professional and they know what they are doing.  They literally saved his life!”